The Scopes monkey trial, popularized by the decidedly pro-evolution 1960 movie “Inherit the Wind” has been described  by one historian as:

“Lasting just 11 days, the trial became a showdown between faith and reason…”1

The charge to be adjudicated: that a teacher by the name of John Scopes had taught Darwin’s theory of Evolution in the classroom, an act  which, at the time, was illegal. (My how things have changed.) The goal here is not rehash the trial, or discuss perceived winners and  losers. The reason for bringing it up is to point out how it is commonly described: “a showdown between faith and reason.”  This “showdown” has been raging at least since that trial, which began July 21, 1925. Some would locate the origin with Galileo’s 17th century dispute with the church over whether the earth went around the sun; or the sun went around the earth. 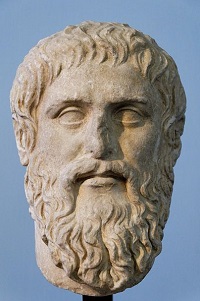 Some would take it all the way back to  the early Greek philosophers Plato and Aristotle who lived a few hundred years before Christ. The point in bringing up the “showdown”: there is a strong, vocal faction aptly represented by the likes of atheist cheerleader Richard Dawkins, who believes that faith and reason are at odds and are irreconcilable.

In a documentary  called “Enemies of Reason”, Dawkins states: “There are two ways of looking at the world through faith and superstition, or through the rigors of logic, observation and evidence;  through reason. Yet today, reason has a battle on its hands. I want to confront the epidemic of irrational superstitious thinking.”2 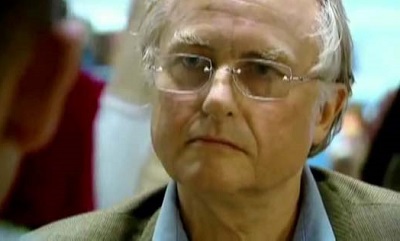 If you think such atheists (and scientists for that matter) are always the objective, logical,  followers-of-the-evidence-wherever-it-leads type of people that they like to portray themselves as, you’re in for a rude awaking – as will  be evident in posts to come. Some of the other reasons for this site:

For those atheists and others who don’t realize that they too are following a faith (that’s a whole other discussion), “rational faith” is a  contradiction in terms. As you would expect from someone who is the author of a site titled  “Rational Faith” I obviously disagree. But in order to demonstrate that the Christian faith is rational, I’ll need to define exactly what is meant by rational faith.   Which I will do, but with this first3 post let me start by defining what rational faith is not. As a point of reference, consider the following definition of  “Faith and Rationality”  as it appears in Wikipedia as of this writing:

“Faith and rationality are two ideologies that exist in varying degrees of conflict or compatibility.

Rationality is based on reason or evidence.
Faith is belief in inspiration, revelation, or authority. The word faith generally refers to a belief that is held with lack of, in spite of or against reason or evidence. Although the words faith and belief are sometimes erroneously conflated and used as synonyms, faith properly refers to a particular type (or subset) of belief, as defined above.
…
Broadly speaking, there are two categories of views regarding the relationship between faith and rationality:

Clearly this perceived tension between faith and reason is a common and widespread misunderstanding. Many it seems, believe that “faith” and “reasoned, rational thought” are mutually exclusive. That one must “believe”  in spite of what reason or evidence tells you. Or as some suggest, when going to church, check your brains at the door. By extension, many believe that  faith and science are also at odds – that you can not be a good scientist if you have faith in God; and that true believers in the Christian faith  are necessarily antagonistic toward properly applied science.   All of these are incorrect and to understand why, we must go back to goal, the point of faith and reason. What is goal of reason? And of Faith?  The goal of reason is to identify truth. D. Q. McInerny, author of Being Logical states:

“The whole purpose of reasoning, of logic, is to arrive at the truth of things.”4

What is the goal of faith, speaking  specifically of the Christian faith? The Christian faith is all about knowledge of the truth. Jesus says he came to testify about the truth (John  18.37), that he in fact is truth (John 14.6); that the truth will set you free (John 8.32); and that knowledge of the true God, and Jesus (who is  truth) leads to eternal life (John 17.3).  So in other words, the point of the Christian faith is to identify and know the truth – ultimate truth; and according to Jesus once you properly identify and  properly respond to that truth (by believing), God is pleased to grant you eternal life.  But don’t be distracted by the promise of eternal life. The point  I’m making is that the goal of reason and faith are the same: to arrive at a knowledge of the truth. (And in passing, the goal of science is also to  arrive at truth5 – but that’s a discussion for another time.)

If the goal is the same, why is it then, that so many think that faith and reason are at odds? If  reason and faith are both striving for the  same goal – truth – those following either discipline should arrive at the same destination – at least in the areas to which both disciplines  address themselves – such as ultimate truth.  And that is precisely my point and my firm belief, and one of the motivating factors behind this blog  – to show that both faith and reason, properly understood, guide you to the same place – the true God, creator of the universe, the God of the souls of all mankind.

Thus my main problem with the statement above from Wikipedia and all others who see varying degrees of conflict or incompatibility between faith and reason is that such an  understanding mistakenly casts the two as opposites in an either / or proposition.  In that light, you either have reason OR you have faith –  not both. Atheists like Richard Dawkins try to drive that point home. This blog is to demonstrate that those who think rationally not only have good reason to trust in  rational thought, but also have good reason to trust in the Christian Faith – because it is a faith based on evidences and confirmed by reason, and so it is a wholly rational faith (no pun intended).

This leaves us with a lot of questions such as: If Science and Faith have the same goal – truth – why do many see them as being at odds? Are there different types of truth? Do science and faith lead to the same kind of “truth”? If the Christian faith is so rational, why are so many scientists atheists? If Christianity is “rational” and “reasonable”, why does so much of what Christians believe seem to be in conflict with what scientists and the world at large believes? All good questions but too much for one blog post. So we’ll have to return to these  issues in the days to come. For now, let me answer the initial question of what rational faith is not with this summary:

3 First written at any rate, though I wound up electing to post select pieces of evidences ahead of this post so they would be available for my atheists acquaintances on their first visit
back

5 That science is ultimately concerned with truth is a point rarely discussed, but is acknowledged when necessary, as in this response from a writer for Scientific America who states:

“Let’s understand one thing loud and clear; science is concerned with the truth. It really is.”

Ashutosh Jogalekar  “Creationists  are wrong. Science is actually concerned with the truth” 7/19/13 “The Curious Wavefunction” blog on Scientific American

The Institute for Creation Research (ICR) takes it a step further stating the point of science is to measure theories against absolute truth; implying the goal is to discover elements of truth that are not known.ICR “The Foundation of Science Is Absolute Truth” accessed 1/28/14