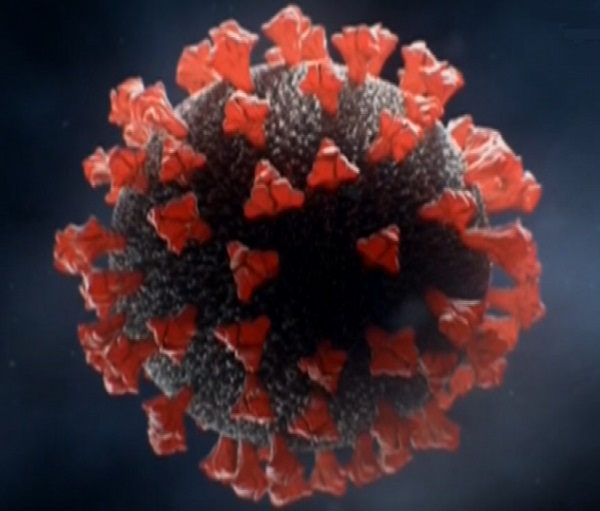 A recent episode was titled “Aliens of the Microcosmos.” Since they usually focus on matters pertaining to outer space I tuned in to see what they’d be saying about these micro “aliens.” The motivation for this episode was quickly revealed as they showed a detailed depiction of the coronavirus. (above) This was apparently going to be “How the Universe Works explains the coronavirus.” But the goal was the same – to apply the same evolutionary lies to the microcosmos – which they succeeded in doing handily, hitting or paralleling all the major lies. For example, just as evolutionists wind up telling us we’re descendants of some apelike creature, this episode wound up telling us we’re likely descendants of viruses. I know that’s a bit hard to believe (at least I found it to be a stretch), so I’ll include a clip of planetary scientist Jani Radebaugh, astronomer Michelle Thaller and astrobiologist Kathryn Bywaters all telling us how we might be descendants of viruses.  I’ll drop that in below. END_OF_DOCUMENT_TOKEN_TO_BE_REPLACED

Evolutionists claim that evolution is not a religion. That becomes increasingly difficult to believe as they act more and more like devout followers of a faith based religion. In addition to having doctrine, discipline for those who disagree with the faith, preachers and teachers, they now also have a holy day. Perhaps you’ve heard of it: Darwin Day, a celebration held on the anniversary of Darwin’s birthday, February 12. If the practice of evolution wasn’t looking like a religion before, it certainly is now. I wouldn’t even be surprised if they begin to exchange gifts on Darwin’s day.

For the Darwin’s day just past, astronomer Phil Plait who appears on science programs such as How the Universe Works, tweeted a link to an article he wrote in response to questions from Creationists pointing out problems with evolutionary theory. (The questions are appropriate for Question Evolution Day, which is held on the same day as Darwin Day,  but were in fact asked at the Bill Nye/Ken Ham debate.) In his article “Answers for Creationists” Phil addresses the questions from the secular consensus view – that is to say from the “evolution is true/fact” perspective.

On BuzzFeed, there is a clever listicle that is a collection of 22 photos showing creationists holding up questions they have for people who “believe” in evolution. These questions are fairly typically asked when evolution is questioned by creationists. Some are philosophical, and fun to think about, while others show a profound misunderstanding of how science works, and specifically what evolution is.

He goes about answering the 22 questions from creationists. Given his answers (when he has them – for some he doesn’t and never will), I’d like to look at how we as creationists can better formulate the questions to minimize wiggle room. The problem is many of the questions are imprecise, or mix theories, thus giving him (and all evolutionists) plenty of wiggle room through which they drive a truckload of nonsense. The result being, evolutionists continue in the belief that creationists are wrong about origins and don’t understand science; while evolutionists are correct and properly understand science.

So while I’ll comment on Phil’s answers, it’s primary to lay the foundation for better questions. The goal being to refine them so what we creationists ask the evolutionists leaves as little wriggle room as possible (none at all preferably) to squirm out and thus avoid the serious problems with Darwinian theory. So what follows are the original questions, part or all of Phil’s answer, followed by my remarks, and if appropriate a refined or redirected question.  So here we go: (the question is in bold, Phil’s answer in italics.) END_OF_DOCUMENT_TOKEN_TO_BE_REPLACED