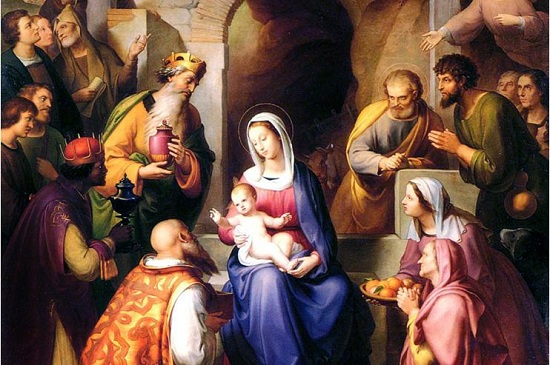 We also have ways identifying stories that are not true. When we tell “fairy stories” we’re telling a story we’re acknowledging to be a fanciful, made up fictional string of events.  Or we may end an explanation with “… that’s my story and I’m sticking to it.”  Most people understand this as a tacit admission that parts or all of the story might not true, but the teller of the story is unwilling to tell “the truth, the whole truth and nothing but the truth” as you would in a court of law.

Unfortunately, Christmas has become like the word story – you don’t know which one is being referred to unless you clarify which one you’re talking about.  Here’s a description of how the two came about:

“After Christianity became Rome’s official religion in the fourth century,[1] leaders chose to absorb pagan traditions rather than outlaw them. This is when the church finally decided to honor Jesus’ birth, choosing a date close to the winter solstice: December 25th. But as the church continued to absorb various ancient traditions, what emerged were two experiences of Christmas: one religious, one less so.”[2]

“In the churches the holiday was celebrated with a pretty high degree of solemnity. People coming together, lighting candles, Christmas was being celebrated on Christmas eve.”[3]

“But outside the church, in private homes and in the town square, Christmas looked more like a big drunken block party. Ultimately this rowdy secular Christmas would dominate the religious one. Forcing later reformers to propose banning both Christmases altogether.”[4]

So, then as now, there were really two observances of Christmas: a God-honoring religious observance, and a pagan God-ignoring secular one. I have two questions for you this Christmas day: Which one are you celebrating, and if you’re a Christian, are you careful to make sure people know which one you’re celebrating?

Just as “story” can be taken as true or false, “Christmas” can be understood as secular or religious.  If you’re a Christian and if you want to honor Christ during this season when we remember his birth, are you taking care to make sure people know you’re not celebrating the pagan holiday with its Santas, reindeer and emphasis on gift buying? But rather you recognize this as the time when we as the hymn reminds us:

Veiled in flesh the Godhead see
Hail the incarnate deity
Pleased as man with man to dwell
Jesus our Immanuel![5]

When the gospel writers spoke of the nativity, they used words to make sure we would understand it as a true event that happened.

Matthew uses the matter of fact phrase, “This is how the birth of Jesus Christ came about…” (Matt 1.18)

Children are very perceptive. As some have said, they often learn more from what is “caught” than what is “taught.”  When you speak of Christmas, do you do so making sure people understand that you believe it to be not just a story, but a true story, a historical event? Or at least do they catch that you don’t celebrate this like some pagan holiday? Do they glimpse from you this is a time when we get to show God our heart of appreciation for coming as a non-threatening baby so he could woo us to himself and show us his love, so that we might be saved from the certain destruction that awaits if we choose to forsake him? And along with showing our appreciation and joy, our love for all men which overflows.  Is that what they catch?

Or do they catch nothing more serious than a desire to celebrate – any reason will do. May as well be “Festivus for the rest of us.”  If that’s what people catch from you regarding Christmas, perhaps some meditation on exactly who it is is who paid us a visit all those years ago is in order – and what the appropriate response should be.

“For unto us a child is born, unto us a son is given: and the government shall be upon his shoulder: and his name shall be called Wonderful, Counselor, The mighty God, The everlasting Father, The Prince of Peace.”
(Is 9:6)

1  A reference no doubt to the change that began with the victory of Constantine at the Mulvian Bridge where, after having a vision of the first letters in the name “Christ,” (the letters Chi Rho), and hearing the words “By this sign you will conquer” Constantine took that as a sign from God and began to follow the Christian God. He was victorious over his adversary Maxentius at the bridge, and as one historian notes, “…henceforth he regarded the Christian God as the protector of the empire…” and turned from the cult of sun embraced by previous emperors – “Sol Invictus” the “Unconquered Sun.”

2. Narrator, “The Real Story of Christmas” History Documentary, 2010
Back

4. Narrator, “The Real Story of Christmas” History Documentary, 2010
Back

5. Immanuel means “God with us”, thus the line means Jesus is our “God with us”
From Hark the Herald Angel’s Sing
performed by Mitch Miller & the Gang
Back