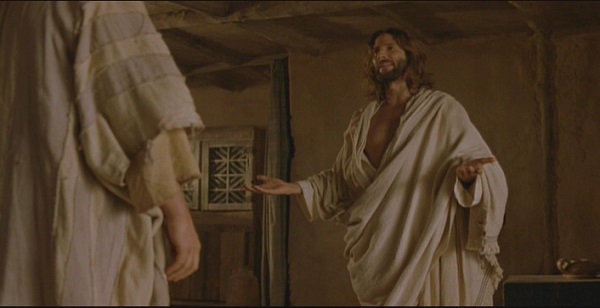 The obvious question, at least in my mind is, why didn’t Jesus appear to more people? If the resurrection is the most convincing proof of the Christian message – that Yeshua – Jesus of Nazareth – is the promised messiah, the Son of God and the promised divine “Son of Man” to whom all authority is given, (Dan 7.13-14) why didn’t he make it plain to everyone by appearing to more people?

When you consider the ministry of Jesus the answer is apparent, and thus not surprising. I have previously made the case that evidence like miracles (of which the resurrection is one) is for believers, not mockers. If you were not of a mind to accept that the miracles that Jesus did were just that: miracles that demonstrate and prove the power of God, then Jesus was not of a mind to do them for you. (Matt 13.58, Luke 23.8-9).

It appears the same holds true for the resurrection. If you are not of a mind to believe that miracles are possible, and that God has the power to raise people from the dead; and that the power of God rose Jesus from dead, then you are simply not ready to believe the fundamental truth of Christianity: that Jesus is the Christ (or Messiah), who has redeemed all who believe in him, and God has proved it and declared it with power by the resurrection of Jesus from the dead. (Rom 1.4)

Many are like the people described by the prophet Isaiah, and re-iterated by Jesus.

He said, “Go and tell this people: “‘Be ever hearing, but never understanding; be ever seeing, but never perceiving.’
(The prophet Isaiah – Isa 6:9)

Jesus said the day is coming when he returns in a way that every eye will see him (Rev 1.7). That’s great – for those who have believed. It’s a problem for those who have not. Because when he comes at that time, he’ll be coming as the Righteous King who will judge (for depth of punishment) the unbelieving and unrepentant who have rejected him. All will have had a chance to accept him as the suffering messiah, the lamb who takes away the sins of the world. (John 1.29). But the only thing that “those who who live on the earth” (Rev 3.10 – that would be unbelievers)  can see is Jesus, a mere man, the son of a carpenter from Nazareth whom they think they can safely ignore. Such refuse to perceive him as the Son of God and Son of Man, the ruler of God’s creation (Rev 3.14). The fate for such, the scripture says is dire:

Anyone who rejected the law of Moses died without mercy on the testimony of two or three witnesses.
How much more severely do you think a man deserves to be punished who has trampled the Son of God under foot, who has treated as an unholy thing the blood of the covenant that sanctified him, and who has insulted the Spirit of grace?
For we know him who said, “It is mine to avenge; I will repay,” and again, “The Lord will judge his people.”
It is a dreadful thing to fall into the hands of the living God.
(Heb 10.28-31)

Such unbelievers will be cast outside the kingdom into “darkness” (Matt 22.13), a place of such horror that words cannot adequately describe it, but of which, I attempt to provide a glimpse of the horror here.

At the end of days (whether your own, of those of this age when Jesus returns in glory), the only thing that will matter is whether you have only seen Jesus or if you have perceived him. I hope you don’t or haven’t hardened your heart and say something foolish like, “Jesus lived 2,000 ago, no one can see him.” Not even demons try to deny they’re aware of Jesus. (Luke 4.34, James 2.19). Through the testimony of scripture everyone gets a chance to learn of Jesus. The question is, what will you perceive from what you “saw”?

God wants to see one thing from you: What kind of kiss will you give Jesus? Will it be as Judas did? (Mark 14.44-45) Because though Judas, one of the 12 originally called by Jesus obviously saw Jesus, he never perceived who he was and thus only saw Jesus as a meal ticket from whom he stole (John 12.4-6), and who he sold out for thirty pieces of silver. (Matt 26.15) Or will you perceive  that Jesus is the fulfillment of Psalm 2, the one who inherits the nations of the earth and rules them with an iron scepter; the one whom the father wants us to kiss in love (Ps 2.12) because we realize that this one, this holy one, is the promised one: “Wonderful Counselor, Mighty God, Everlasting Father, Prince of Peace.” (Is 9.6)

This resurrection day, I hope and pray you do more than merely see Jesus. I hope you go beyond mere sight to perceive who he is – and act appropriately. And if you haven’t before, I hope this gives you a new understanding of the scripture, “We live by faith, not by sight.” (2 Cor 5:7)

I leave you with a final testimony of Jesus – from one who finally perceived who Jesus is. Following is the realization of Thomas, better called the realist, than the doubter.

Image
Stop doubting and believe! From the Visual Bible, “The Gospel of John”